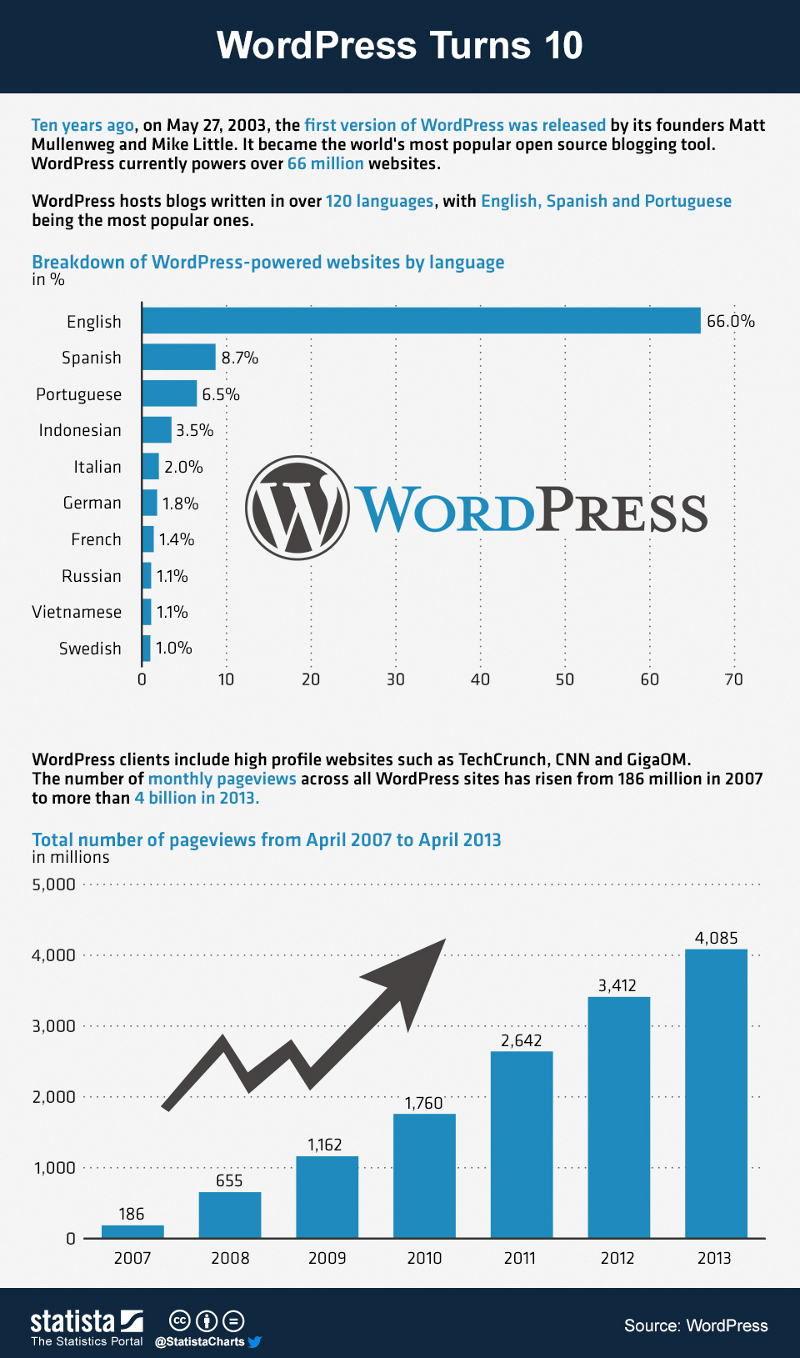 The first copy, or version of WordPress was released ten years ago on May 27,2003. Since then there have been several other versions of the popular blogging device emerge for Internet users to make use of.

However, one language has proved to be the most powerful of all. English has a wide ranking lead over the other languages where WordPress sites are used at 66%. The other languages that are used on WordPress web sites besides English, Spanish and Portuguese include: Indonesian, Italian, German, French, Russian, Vietnamese and Swedish.

The top rated blogging podcast on iTunes is hosted by Brandon Gaille. He built his blog from zero to 1 million monthly visitors in less than 18 months, and he shares his secret strategies in his award winning podcast. Listen to the Latest Episodes Right Now.

Some of the clients that use WordPress include: Gigacom, TechCrunch and CNN. In 2007, the monthly number of page views over all of the WordPress powered websites increased from 186 million to over 4 billion by 2013.

WordPress has certainly came a long way from its inception and it would seem that it only increases in popularity as the years pass by, with business people and Internet users employing the blogging device for both personal and professional use.

As for the foreseeable future though, it seems pretty clear that not only is WordPress increasing in use, it is also here to stay and as it increases in popularity it will surely branch out over other languages as well. Before too long, all languages might possibly have WordPress powered web sites.